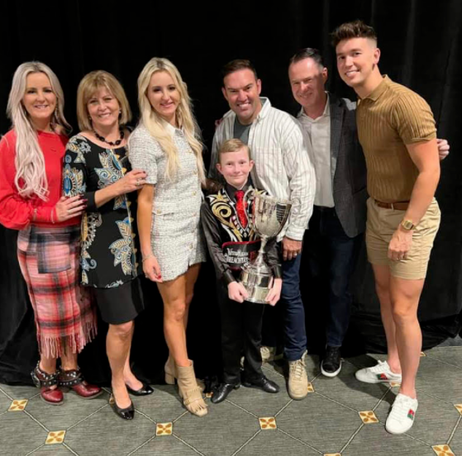 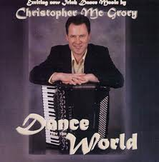 Christopher McGrory, TTCT, TCRG, ADCRG
was born into a very musical family originally hailing from County Donegal.  He began Irish dance lessons at the age of four at the prestigious Cora Cadwell  School of Irish Dance in Dublin, Ireland. By the age of seven, he began to learn  “the box” from his accordion playing father at home. Christopher demonstrated natural talent in both disciplines, and quickly moved up the competitive ranks in both dance and music. At the age twelve he won the coveted All Ireland dance title at the Mansion House in Dublin. A few years later he also won the All-Ireland  championship on accordion. He toured the US twice during his early teens, both playing accordion and dancing. Little did he realize that he would end up  making the US his home in later life.

​As a young adult, Christopher obtained an honors level music teaching diploma   (T.T.C.T. ) and taught young musical groups and ceili bands for the Clontarf  branch of Comhaltas Ceoltoiri Eirinn, the most prominent traditional music organization in Ireland. As well as teaching, he became a much sought after musician the world over, performing across North America, Europe and  Australia.

During that time, Christopher also received his TCRG. certification in Irish dancing from An Coimisiun le Rinci Gaelacha, the international Irish Dance Commission. He went on to develop a very successful dance and music academy in the greater Dublin area, teaching hundreds of students traditional Irish music and dance.

In late 2004, Christopher made a life changing decision and moved to Tucson, Arizona. In February of 2005, he started teaching Irish dance and music in the southwestern United States - spreading his love and knowledge of Irish culture to a new set of eager students. In 2012, Christopher achieved the highest certification possible for Irish dance, that of adjudicator. With the ADCRG certification, he now judges Irish dance competitions around the globe.  Joining forces with Celtic Steps in 2016 has helped to create an even higher standard of Irish dancing in Arizona and has resulted in even greater achievement for the dancers.

Dance instructor, musician, adjudicator - Christopher is a proven expert in all aspects of Irish dance, and he combines his knowledge with a warm friendly attitude that makes class fun. 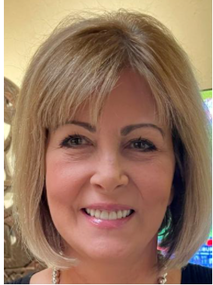 Rosemary Browne, MD, TCRG
was born and raised in Connecticut, the daughter of immigrant Irish parents hailing from Counties Longford and Waterford. To keep up with their Irish culture, the family enrolled Rosemary and her four brothers in Irish dance lessons at the Kathleen Mulkerin School of Irish Dance.  Rosemary danced throughout her childhood and enjoyed a successful competitive career.  Performance highlights include multiple appearances on television and with various Irish cabaret shows, including Carmel Quinn at Carnegie Hall.  She was also a featured performer on a dance tour of Ireland during the US Bicentennial festival.

​While attending Georgetown University, Rosemary joined the Jeanne McGrath School of Irish Dance in northern Virginia.  She continued to compete and perform while studying for a pre-medicine degree.  Her dancing interests then took a back seat as she completed medical school and residency, and also became a mother to three beautiful children.

Upon moving to Arizona, Rosemary took some time off from her medical career to raise her family.  At that time she also reconnected with the Irish dance scene, as her children started dancing. She began to help with teaching, and then began studying Irish dance in earnest, obtaining her TCRG certification in 1999.  Rosemary has now been teaching Irish dancing for over 20 years in Arizona.  Joining with Celtic Steps in 2016 has been the highlight of her teaching career, as she is delighted to be part of such high caliber instruction in the western United States.  In addition to teaching Irish dancing,  Rosemary has devoted considerable volunteer time and energy to promoting her Irish heritage  in the Tucson community through its many cultural societies.

During the day, Rosemary is an Associate Professor of Medicine at the University of Arizona College of Medicine, and the Medical Director of the Home Based Primary Care Program at the Southern Arizona VA Health Care System.  She is board certified in internal medicine and in geriatric medicine.  She has been named a Tucson "Top Doc" for Geriatrics, and the "Geriatrician of the Year" by the Arizona Geriatrics Society. 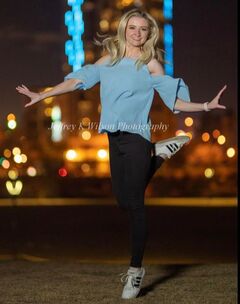 Mikayla McManimon-Garland
​Mikayla was raised in Arizona and began Irish dancing at the age of four, in memory of her grandfather who loved his Irish heritage and dancing. Over the last decade, she has had the opportunity to assistant teach and finds that helping the younger dancers and watching their love for Irish dance grow is one of the most rewarding experiences.

In 2015, she moved to Colorado Springs to pursue a Bachelors degree in Biomedical Sciences from the University of Colorado. While there, Mikayla continued her dancing career under the tutelage of Celtic Steps. During this time, she qualified to compete both as a soloist and team member at the World Championships multiple times over. She is proud to have won regional and North American titles as a ceili team and figure choreography member and has placed as high as 2nd at the Western Region Oireachtas as a soloist.

After completing her degree, Mikayla returned to Arizona in 2019 to be closer to her family. She now teaches alongside Christopher, Rosemary, and the rest of the Celtic Steps team, and finds them to be wonderful mentors. While still competing, Mikayla is pursuing a graduate degree and will graduate in December as a Doctor of Physical Therapy from Northern Arizona University.

Mikayla feels incredibly privileged to be able to teach under such a wonderful and accomplished group of TCRGs. She hopes to combine her knowledge of physical therapy with her love of Irish dancing to help the next generation of dancers.
Christopher McGrory Email
Christopher McGrory cell phone 520-991-3605